This was the third time I have seen country-rocker Brantley Gilbert perform, once opening for Toby Keith and then as part of the lineup for the inaugural Route 91 Harvest Festival in Las Vegas. Each time I have seen him live he has been able to get the crowd on their feet and to sing along to his radio friendly hits.

Brantley Gilbert continues his tough-guy image on stage, which I think gets more and more intense each time I see him. When speaking to the audience between songs he lowers his voice almost to a complete growl, why I’m not sure. However, he does have a soft side, referring to his new outlook on life since the birth of his son. He also dedicated “One Hell of an Amen” to all servicemen, their families, as well as victims of cancer, helping to make a deep song even more special to concert goers. For a country boy, Brantley’s show rocks pretty hard. He proves that he could headline his own tours, which this concert pretty much felt like with his stage presence and stage show.

After a short break Kid Rock’s stage was assembled and set up with a white banner. Several song samples later the banner fell to reveal a bombastic stage with “Greatest Show on Earth” as the opener. With lasers, lights and pyrotechnics Kid Rock definitely puts on a show! It reminded me of KISS. At one point he surprisingly stated he has been performing for 30 years, however, that has not affected his energy at all.

I’ve always had a hard time categorizing Kid Rock and usually cautiously approach his songs because I am not a fan of rap music. However, a few of his songs over the years have been straight rock and some even have a country feel to them, which I have enjoyed. His show is definitely a mix of rap and rock, showcasing his influences repeatedly and displaying what a truly unique artist he is. I was inspired to investigate his musical catalog with less caution!
Kid Rock got the audience to their feet, cheering and singing along all night and I think that is definitely what you would call a successful concert.

Brantley Gilbert added his rock-country style to the lineup using a completely different approach that created a fun show for anyone who catches them on this tour. 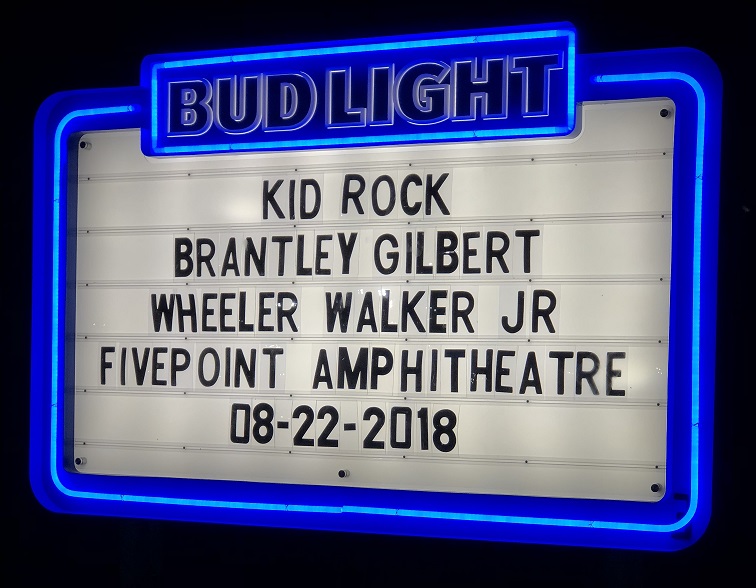 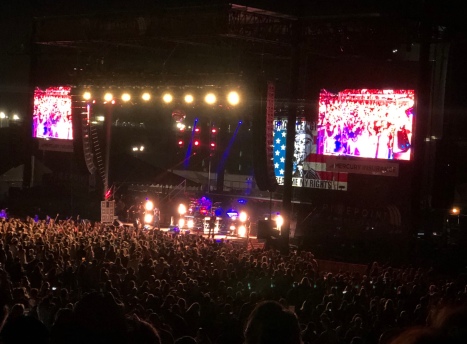 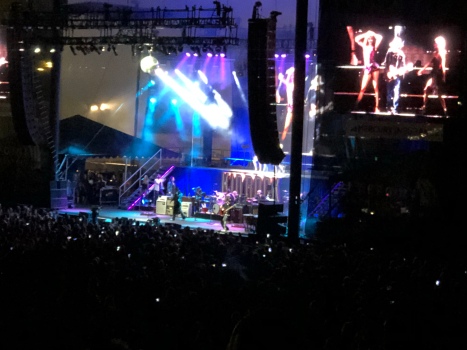